We love hearing local news, so please submit your articles and ideas to Enable JavaScript to view protected content. and we will follow them up.

Another media statement from the Environmental Defence Society:

“MSP has proved its worth and is now being undertaken in at least 70 countries around the world,” said EDS Policy Director and report co-author Raewyn Peart.

“New Zealand made a great start with the Sea Change Tai Timu Tai Pari project in the Hauraki Gulf. It’s now time to build on that experience and deploy MSP to help address challenges in other coast and ocean areas.

“Recent resource consent applications lodged by New Zealand King Salmon for open ocean areas have highlighted the lack of planning around much of our coasts. It is undesirable for major new initiatives to be proceeding in the absence of clear national direction.

“We reviewed the legislative frameworks in 7 comparable jurisdictions in the US, Canada, Australia, Denmark, EU, England and Scotland to see how others are providing for MSP in policy and law.

“We have recommended an MSP framework which could be incorporated into a new Spatial Planning Act or integrated Oceans Act. The recommendations are designed to be implemented in any future resource management reform, as recently announced by Minister for the Environment, as well as any subsequent Oceans reform.

“Government state of environment reporting has highlighted the dire state of many of our marine species and habitats. MSP can help achieve the step change we need to address these issues,” concluded Ms Peart.

The on-line report is available here .

Posted: 6 September 2019 in the News category

The Environmental Defence Society has released a media statement in response to the freshwater consultation document that MfE/MPI released recently (see yesterday’s news item below). Here are their comments:

EDS compliments the Government on the release of its discussion document Action for Healthy Waterways. This report seeks public feedback on further initiatives for freshwater management and follows work undertaken over the past 18 months by four expert groups. It is the latest in a series of reforms proposed by successive governments over the past 10 years.

“The discussion document reflects input from the Freshwater Leaders Group (FLG), Kāhui Wai Māori (KWM), the Science and Technical Advisory Group (STAG) and the Essential Freshwater Regional Sector Group. Reports from each of those groups have also been released today,” said EDS CEO Gary Taylor, who is a member of the FLG.

“There are a number of critically important policy options proposed in the document for public feedback. Some of these will work and others will not, so it’s vital that people have their say if they want improvements in freshwater quality.

“The proposals are strongly science led, reflecting consensus input from the expert membership of the STAG. They include introducing the missing attributes for sediment, Nitrogen and Phosphorus.

“The overall approach to freshwater is to give effect to Te Mana o te Wai. That concept aims to put the water first and human uses second. Another way of saying that is that ecological health is the primary objective. Improved criteria for assessing ecological health refer to aquatic life, habitat, water quality, water quantity and ecological processes.

“Structurally there are 5 key components to the reforms.

“There is a refreshed and updated National Policy Statement Freshwater Management (NPS FM) which regional councils will have to give effect to by 2025; a National Environmental Standard Freshwater (NES FW) which will take effect next year to ‘hold the line’ and prevent any further deterioration in freshwater quality; new regulations to deal with stock in waterways; amendments to the Resource Management Act to fast-track freshwater plan making; and a focused NES Wastewater to set limits on wastewater consents. These regulatory interventions are supported by the Productive and Sustainable Land Use Budget 2019 package.

“Where there are important choices to be made after public feedback, the options include continuing with elements of industry self-regulation or moving towards stronger central and regional government regulation. These deal with winter grazing, excessive nitrogen and whether freshwater modules in farm plans should be mandatory. The industry-led approach hasn’t worked to date and should be firmly rejected. The NES FW will need close scrutiny in this respect and weak options should be weeded out.

“The two key pollutants in New Zealand are sediment and Nitrogen. Proposals for addressing them in the discussion document also need strengthening. For example, forest harvesting is a key source of sediment, but that issue is proposed to be addressed in the NES Plantation Forestry. That’s unlikely to work. And where regional councils have Nitrogen limits in plans already, they appear to be exempt from the NES obligations. That loophole may allow lax Nitrogen limits to prevail for many years and needs further focused attention.

“Overall, the reform package on offer will lead to big improvements in freshwater quality if the stronger options are preferred at the end of the process.

“The interim measures can stop things getting worse and deal effectively with high risk land use activities. The regional council plan-making and implementation process will take longer and there is some flexibility over time for transition for landowners. The key is to have a steadily improving trajectory in freshwater quality and that moderate approach should ease the pathway to improvements for farmers.

“Compliance, monitoring and enforcement are key elements to back up the enhanced regulatory settings. KWM and FLG both back the concept of a Freshwater Commission to provide targeted implementation oversight. That is the key structural change that is required: a dedicated specialist entity with wide-ranging powers to ensure regional councils perform. Under this scenario the Ministry for the Environment would retain its policy-making role.

“EDS believes the establishment of a Freshwater Commission is critical to ensure robust implementation of the reforms over time. I cannot stress too strongly how important this point is.

“Overall EDS is very pleased at the progress being made in improving freshwater management. The outstanding matter is of course allocation which requires iwi rights in freshwater to be addressed. That is the next big focus and will be challenging,” Mr Taylor concluded.

Posted: 6 September 2019 in the News category 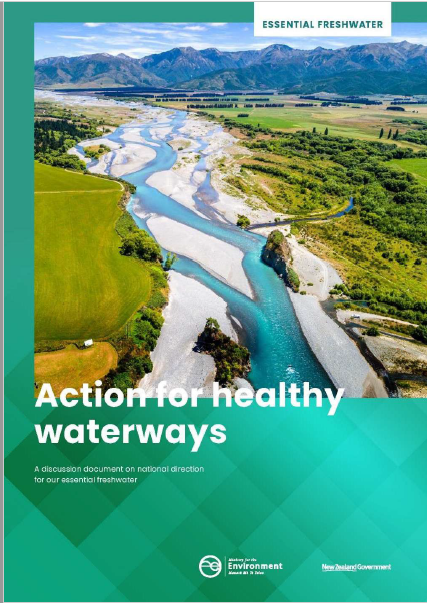 It proposes changes to the RMA as well as other policies.

Consultation is open until 17 October and feedback is invited in a variety of ways. Their preferred way, however, is via their online submission tool.

There are many references to coastal ecosystems, such as coastal wetlands, estuaries, mangroves etc., so we want to encourage coast care groups and people to have their say.

Posted: 5 September 2019 in the News category

A few funding opportunities on offer

A few funding opportunities came our way in the last few weeks. They could be of interest to councils and coast care groups:

The New Zealand Motor Caravan Association has a Green Fund that supports conservation projects. It appears to be an ongoing fund that doesn’t have a particular deadline. Check this page for information and an application form.

WWF’s next funding round is open from 2 September - 11 October. Check for details and how to apply HERE. 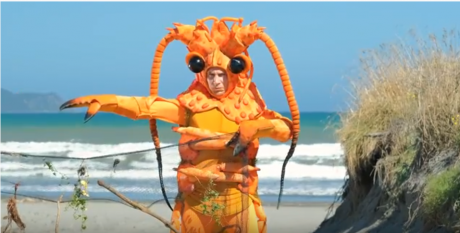 Greater Wellington’s campaign with Frank the Crayfish: Ask yourself, do I really need to drive on the beach? Vehicles on beaches can have a big impact on our wildlife, dune defences, and sites of significance around the region. Let’s have a frank conversation about driving on beaches: www.gw.govt.nz/frank-beach-driving